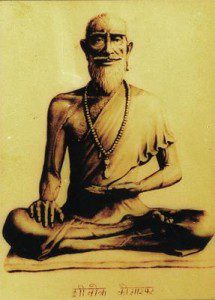 “Massage”, the art of using touch to heal has earned its reputation since ancient times. The practice of massage has developed alongside the discovery of secret massage techniques used by different cultures over time. The universal properties of massage throughout the world include the power to heal injuries, relieve pain, prevent and cure illnesses, reduce stress and to produce deep relaxation. These properties create a popular interest into the wonder of massage.

Thai massage is a traditional massage style from Thailand. Its history can be tracked back to the period that Buddhism started to expand its belief across East and Southeast Asia. At that time, medication knowledge including massage therapy in Thailand was taught and verbally passed along through generations. Without articulation into scripts, some valueless in science and art of Thai massage therapy was lost along the path of verbally teaching from previous generation to next generation. The knowledge and techniques of Thai massage was articulately recorded not until King Rama II era.

Rutanakosin was the era of modern Thai. It was the time when the nation started to change itself including teaching methodology. King Rama II of Thailand initiated a project to save the valueless knowledge of Thai massage. The project started with 80 sculptures of ascetics in different postures. Furthermore, the science of Thai massage was drawn on to 60 separate marbles in order to detail massaging points on a human body. Nowadays, these 60-piece marbles are decorating on walls and poles around Wat Phra Chetuphon, Bangkok, Thailand for anybody who is interested to learn about this mystery therapy.

Later in 1922, King Rama III appointed to restore and renovate the temple. All scripts about medication and Thai massage were reproduced, copied, and revealed for benefits of all public. The sculptures of 80 ascetics in different yoga postures were re-casted with metal. The temple, Wat Phra Chetuphon, later was known not only as the first public university of Thai, but also known as the birthplace of traditional Thai massage. Although it has been almost a century long, the temple is still the resource of traditional medication and offers Thai massage courses up unit present time.

Thai massage is quite different to most other forms of therapeutic massage. The practice tends to be invigorating rather than relaxing, incorporating yoga style postures to relieve stress and improve blood circulation. Thai massage is available in various styles to choose from general massage, Thai medical massage, oil massage, and foot massage. There are also available in the modern styles in which well blend into the traditional increasing the charm of Thai massage to meet with various needs.

The perfect combination of science and art makes Thai massage to be an incredible magic of touch. The science of human body points empower the massage to create mysterious healing power. With the evolution that brings art of modern massage to combine it with traditional style, Thai massage has different unique styles that you can choose from, intent therapeutic massage or relaxing. People who have never tried it before become attract to it whereas the ones who have tried want to repeatedly receive this wonderful magic of touch. This makes Thai massage well known to people from all around the world and want to experience the many therapeutic effects of Thai massage.